JUMBUCK  74 points (24 points without the bingo)

There are many different words for sheep—not sheep breeds, but words separating sheep by ages, sex, and by the use of the animal itself. Some of these words include buck, dam, ewe, ram, hogg, hogget, wether, bellwether, lamb, mule, teg, tup, downs, slink, bell, and shearling—all legitimate Scrabble words. But today's Bingo of the Day is all about jumbuck, which is an Australian term for sheep that generally denotes a difficult to shear one, either large or untamed.

Jumbuck was featured in Banjo Peterson's bush poem from 1895, "Waltzing Matilda," which has been referred to as "the unofficial national anthem of Australia".

Down came a jumbuck to drink at that billabong,
Up jumped the swagman and grabbed him with glee,
And he sang as he shoved that jumbuck in his tucker bag,
"You'll come a-Waltzing Matilda, with me". 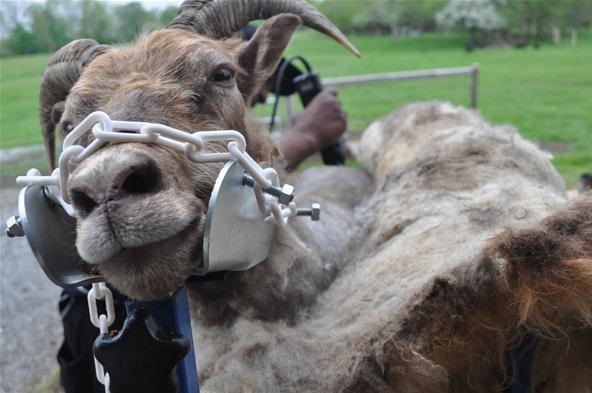 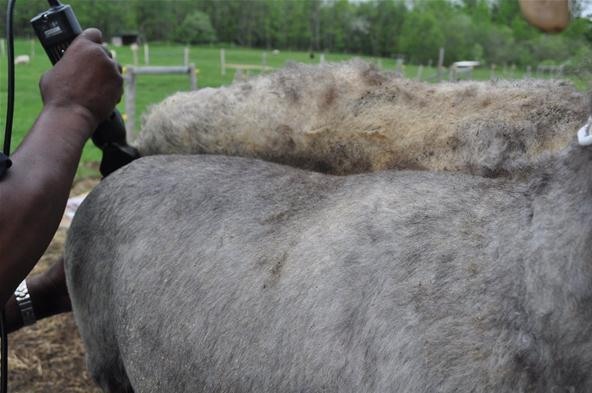 A jumbuck who gave up the fight.
Photos by Mainely Ewes Farm 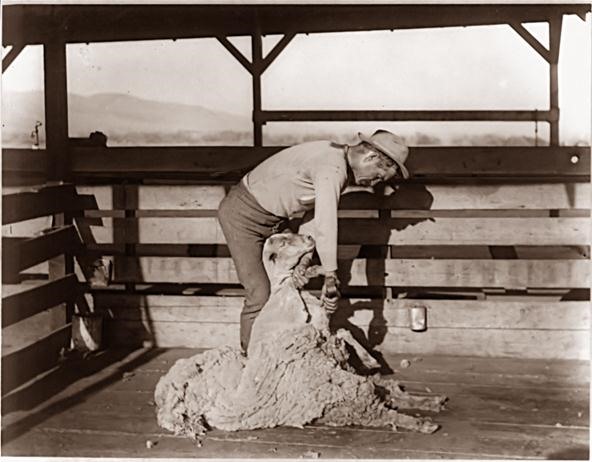 A jumbuck making it hard on the shearer.
Photo by Old Picture of the Day