HEXEREI is a word used in Pennsylvania Dutch dialects in lieu of WITCHCRAFT, usually related to black magic that's brought upon them and their farm as retaliation for some minor wrongdoing. A farmer who may have offended a neighbor in some way might think he was HEXED when his cow suddenly stops providing milk. Hexerei is usually blamed for bad luck to distract from guilt. Also, if somebody came down with PSITTACOSIS, hexerei was sometimes the culprit. 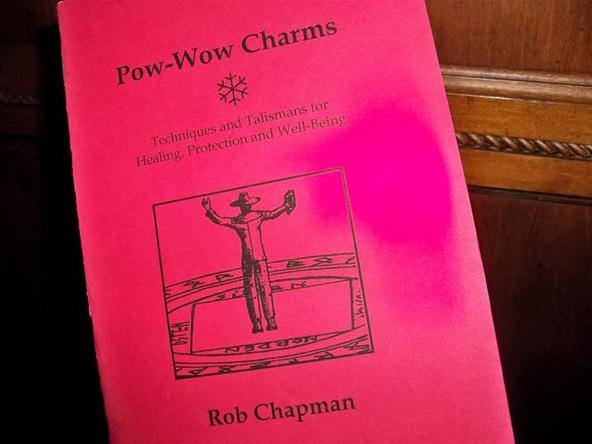 POWWOWING is the word used by outsiders to describe the religious practice whose chief purpose is to heal physical ailments in humans and animals, but is frequently used to describe the process of protecting one's self from physical or spiritual harm by HEXERS. It's also said that hex signs (below) found on the side of barns were used to ward off WITCHERY, but not all Pennsylvania Dutch were so superstitious, and those hex signs are considered to be mere folk art decorations. 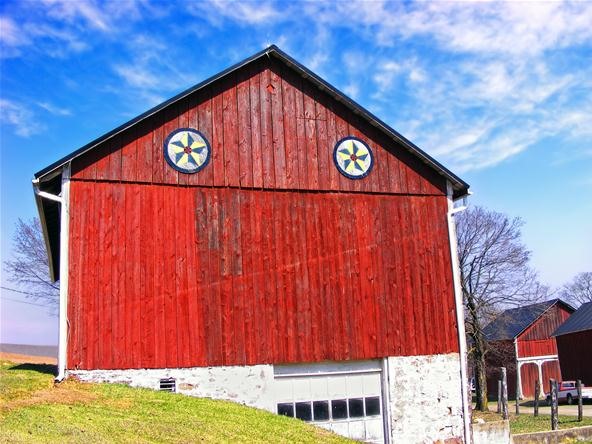 Hexerei and powwow are the main subject matters in Apprentice to Murder (1988), which is based on true events that happened in Pennsylvania Dutch country. But outside of Pennsylvania Dutch, witchcraft can be found in a long string of horror movies that you can watch this Halloween, which includes The Wicker Man, The Craft, Drag Me to Hell, Häxan (pictured below), etc. 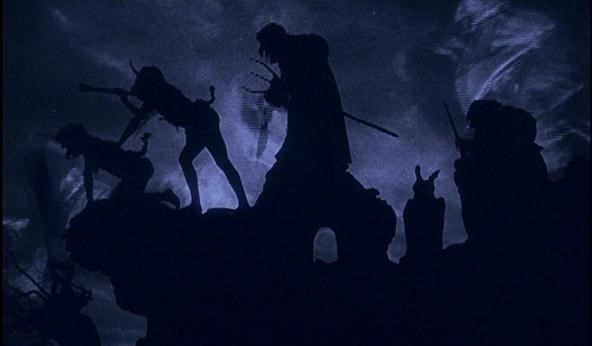 Know of anymore horror movies that deal with hexerei? Post them in the comments below! 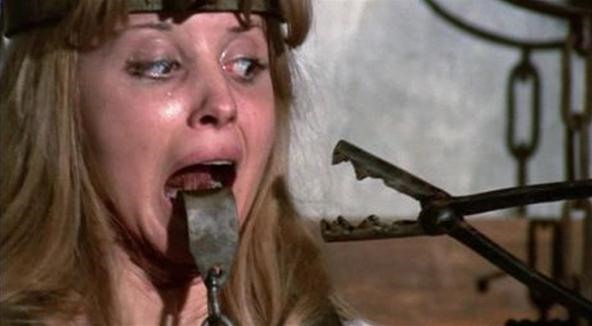 The above image is from the horror movie Mark of the Devil, which is a somewhat gruesome movie surrounding witchcraft.