HOOSGOW  64 points (14 points without the bingo)

Actually, it's slang for jail. You may not believe that slang is allowed on the Scrabble board, but it most definitely is when the word in question is used by a good majority of the people out there.

Merriam-Webster, publisher of the Official Scrabble Players Dictionary in North America, is always on the lookout for slang words to add to their book. Their citation editors constantly track new words from all English dictionaries, and once the word is cited enough, it becomes eligible for consideration in Scrabble.

However, Collins Scrabble Words, the dictionary used outside of the U.S. and Canada, is a bit more lax in its approval of new words. The previous CSW was already 25 percent larger than its North American equivalent before allowing words like GRRRL and INNIT. I don't know about you, but I wouldn't exactly call GRRRL and INNIT slang.

Okay, back to hoosgow (or hoosegow), which is the kind of slang we want in Scrabble. It means jail or prison, which is a correctional institution used to detain persons (accused or convicted) who are in the lawful custody of the government. Its first known use was back in the 1860s, in the old American West. It comes from the Spanish word juzgado, which originally meant tribunal (court), but eventually was slangily used in Mexico simply as jail. Once it crossed the borders, it became a common word in the Wild West, right along with slammer, lockup and calaboose, frequently used today in Western movies. 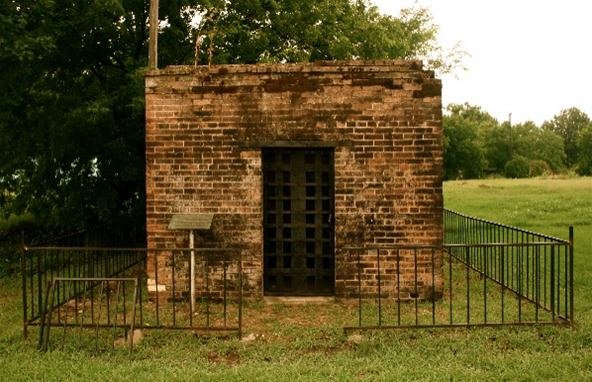 A hoosgow in Texas, which is rumored to have held Bonnie Parker (of Bonnie and Clyde). 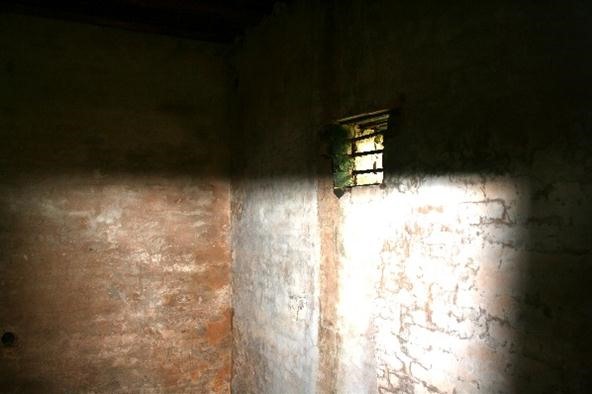 Inside of the hoosgow in Texas.
Photos by Shelly Kneupper Tucker 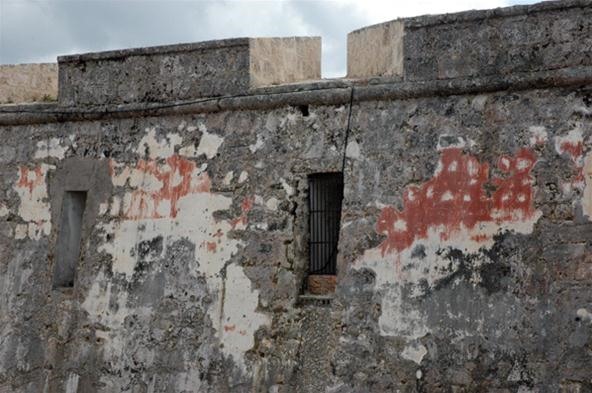 Backside of a hoosgow.
Photo by Space Ritual