In 1978, the first SCRABBLE Dictionary was conceived and published by Merriam-Webster, with the help of the National Scrabble Association (NSA).  The idea was to include any word that was found in one of the five major dictionaries at the time:

However, this momentous unveiling of the OSPD (Official SCRABBLE Players Dictionary) was not perfect, with many omissions and errata plaguing the book.  Common words like granola were absent, while less common words were misspelled.  Where editors lacked, Joe Leonard and SCRABBLE players excelled, helping to catch and append any mistakes.  Joe himself caught over 5,500 mistakes and omissions.  Sadly, Joe and his fellow players were never compensated or acknowledged for their work.  But the result, the OSPD2 in 1991.

The 2nd Edition of the SCRABBLE Dictionary was a comprehensive solution to SCRABBLE play.  It was deemed the official reference for club and tournament play.  But it also came out at the peak of the so-called Information Age, otherwise known as the Computer Age or Information Era, where an ample amount of new words were being coined for many aspects of the computer information revolution.  So, it was inevitable that a OSPD3 would be published, but this was not the only reason for a new book.

Does the name Judith Grad ring a bell?  If you play SCRABBLE, it should.

Judith Grad was an art gallery owner from Virginia and avid SCRABBLE player.  One day, her opponent played JEW on the board.  She challenged it because it was a proper noun, referring to those following Judaism, with roots of the ancient Hebrew people of Israel.  But when consulting the dictionary:

Grad was outraged, especially since JEW was only one of the offensive and obscene words she found.  She wrote to Meriam-Webster and Milton Bradley demanding the removal of words such as JEW, NIGGER, KIKE, WETBACK, and SPIC.  They politely declined her request.

Merriam-Webster replied that "[the] slurs are part of the language and reputable dictionaries record them as such."  Milton Bradley responded with "As a dictionary, it is a reflection of words currently used in our language."

Despite the rejection, she was persistent to have her way.  She sent more letters, this time to the Anti-Defamation League, B'nai B'rith, and the NAACP, but with no luck.

She told a local paper that "[she] was livid.  SCRABBLE is a game.  These words have no business in a dictionary used to support a game."  She also started branding SCRABBLE as a "game of hate".

Finally, she brought the subject up to the National Council of Jewish Women, who harassed Hasbro, the parent company of Milton Bradley.  Hasbro agreed to excise the words without the consent of the NSA or Merriam-Webster.

The result: a bowdlerized Third Edition in 1996 — the OSPD3.

See all of the words removed in this list from Steven Alexander.

After players threatened tournament boycotts, NSA President John Williams sought a compromise.  There would be two SCRABBLE books: The Official SCRABBLE Players Dictionary, used primarily for recreational and school play, and the new Official Tournament and Club Word List (OWL or OSWL), which contained all the removed words, albeit with no definitions.

In 1998, the uncensored OWL, sometimes referred to as TWL98, was created solely for tournament and club play in North America, and was only available to NSA members, to avoid any controversy.  With the exclusion of definitions there was now room to expand, leading to the addition of 9-letter words, topping the OSPD's 8-letter limit.  Canada, Israel, and Thailand (among others) also used this word list for tournament play.

The current home dictionary for SCRABBLE is the OSDP4, published in 2005.  It includes more than 4,000 additions to the OSPD3, and mentions that is can be "enjoyed by children and adults alike." 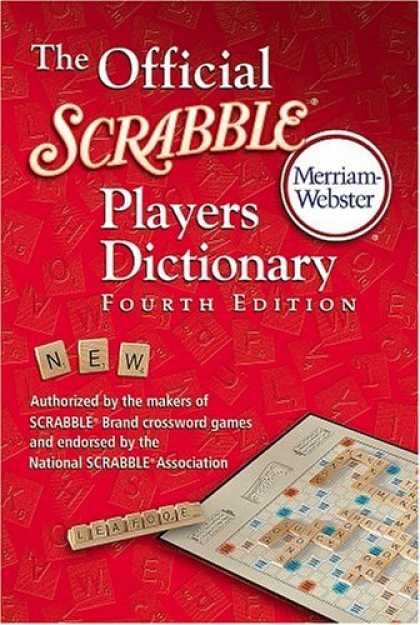 Still censored, but including a large amount of new words, it led to the development of the OWL2, which was published in 2006.

The 2nd Edition of the Official Tournament and Club Word List corresponds to the OSPD4 (2005), and includes all words not suitable for recreational or school use.  It's referred to as the TWL06 and is now the official word list for nearly all tournament play. 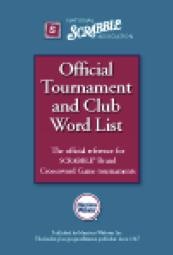 As the years passed, the exclusion of controversial words became less controversial and an excepted standard.  But that doesn't mean there aren't any more battles to be fought.

It's the question of "ours versus theirs," referring to the OWL and the British counterpart, the Official SCRABBLE Words (OSW).  Lately, the British have settled for the SOWPODS, a combination of the two word lists (SOWPODS is the amalgamate of the OWL and OSPD). 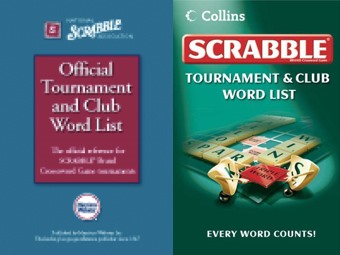 But there is a certain degree of difficulty when those using the OWL are met in world tournaments, which tend to use the SOWPODS word list that contains roughly 35% more words than the OWL.  Not to mention that most SCRABBLE players tend to call those additional words ridiculous and illegitimate, like THEGITHER, CH, and UFO.

But that's life, and there will always be some sort of bitterness in the SCRABBLE world, but it's never going to stop players who love SCRABBLE from playing.

With a possible OSPD5 in the works, words like GOOGLE, GOOGLED, and GOOGLING are sure to be included, but what else does it have in store for us?  Anything controversial?  Guess we'll just have to wait and see.

With this controversy, it was meant to be a stepping stone to explore and add new words from the last encyclopedias. As long as they have things to meet this controversy then it will surely be solved.

Interesting piece. A key component to the story began in 1994 in my parents' living room. My dad, a lifelong journalist, challenged my mom and me to yet another game of Scrabble. Of course, he was a god at the game. Someone challenged a word at one point, and I grabbed the official Scrabble dictionary to look it up. I forgot what the word was, but I found an even more interesting one — might have been the N word. The rest of the evening became a game night of a different sort: "Hey, what about the word X?" one of us would shout. "Yep, it's in there!" I replied more often than not. The next day, dad did his thing and crafted a front-page story for his newspaper, the Stamford Advocate. The story got picked up nationally (USA Today, etc.), either in his original version via AP, or as a newly reported piece. Given all the Paula Deen and Zimmerman trial testimony (oh, yes — dad was editor of The Sanford (Fla.) Herald from 1977-1990 or so — news just follows this family), I got the urge to look online to see which versions of his story are still floating around. Turns out there are a few (Sun-Sentinel of Fort Lauderdale, Bangor (Maine) Daily News). Gotta love playing with words!

I noticed nigger is not in SOWPODS anymore, at least in the online Facebook. However kaffir IS still in there, which is just as denigrating in Africa as nigger is elsewhere. What's up with this?

It probably happened due to complaints about the app including the word. I imagine more people had complained about the N word than the K word, but the latter could be removed eventually too. If it's an app on Facebook, don't expect the dictionaries to be 100% all there. They're more likely to give in to their userbase than to defend a dictionary. In fact, if it's any game online, it's likely that some words will be missing, at least in my experience.