MIMESIS is just another term for MIMICRY in the world of zoology, but it's not just limited to the science of animals, it's used elsewhere as well. But no matter where you use the words, their definitions are the same—to IMITATE closely. In the following photo, you'll see a planthopper mimicking a leaf. 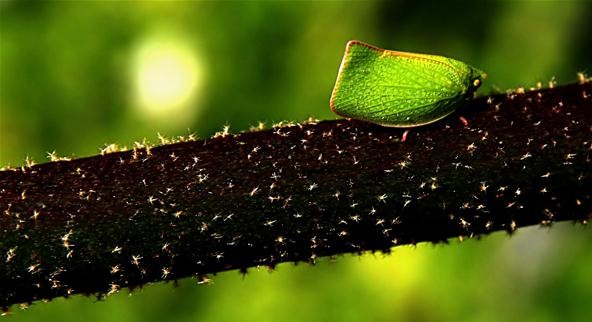 You're going to see a lot of IMITATING going on by humans this Halloween, but in the land of horror movies, my favorite example of mimesis come from John Carpenter's The Thing, in which an alien hides amongst the inhabitants of an Antarctic research station. The life form is able to imitate and reproduce whatever it absorbs, cell for cell—even humans.

It's truly one of the best horror movies for Halloween—one of those movies you can't stop watching over and over again. The film is one hundred percent creepy, thanks in part to the eerie trademark music of isolation and despair employed by Carpenter (this time composed by Ennio Morricone). The special effects are superior to any CGI you'll see these days, especially compared to the half-remake, half-prequel that just came out by director Matthijs van Heijningen Jr. 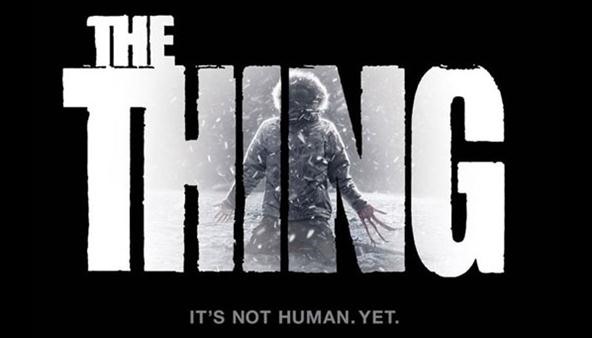 The above poster is for the 2011 semi-remake of The Thing.

Above, some truly creepy physical effects from Carpenter's version. 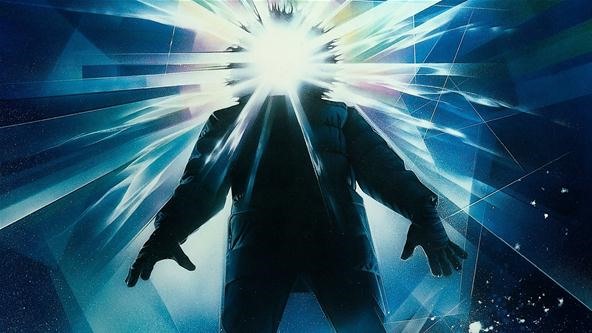