After guisard was featured a couple days ago, it seems right to keep throwing in a few Halloween related Bingo of the Days. I doubt it will be one everyday, but just a few here and there to keep the Halloween spirit alive. So...

Most of you probably already know what a reaphook looks like, or at least one of the other reaping blades out there. A reaphook is basically a hand sickle with a large hooked-shaped blade and a short, sometimes offset handle for cutting and harvesting crops and grass. In some parts of the world, a reaphook is called a badging hook, bagging hook, fagging hook or rip hook, and is most commonly separated as "reap hook."

While reaphooks are still in use today, most have transitioned to large scythes with long wooden shafts, which in turn was replaced by animals and then tractor-drawn machinery. Death (aka Grim Reaper) is commonly depicted holding a large scythe, and it could also be seen in the Children of the Corn film series, along with smaller reaphooks and curved sickles. 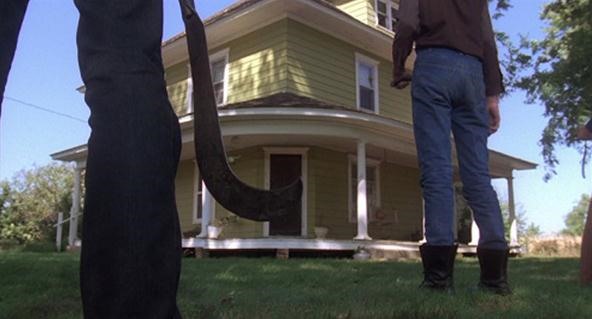 A scene from the original Children of the Corn with somebody holding a reaphook (or sickle).
Photo by calitreview

Covers from the Children of the Corn series, all depicting some type of sickle. 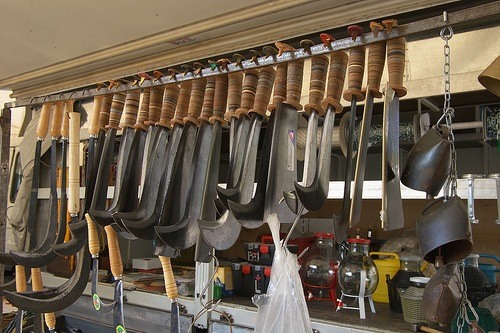 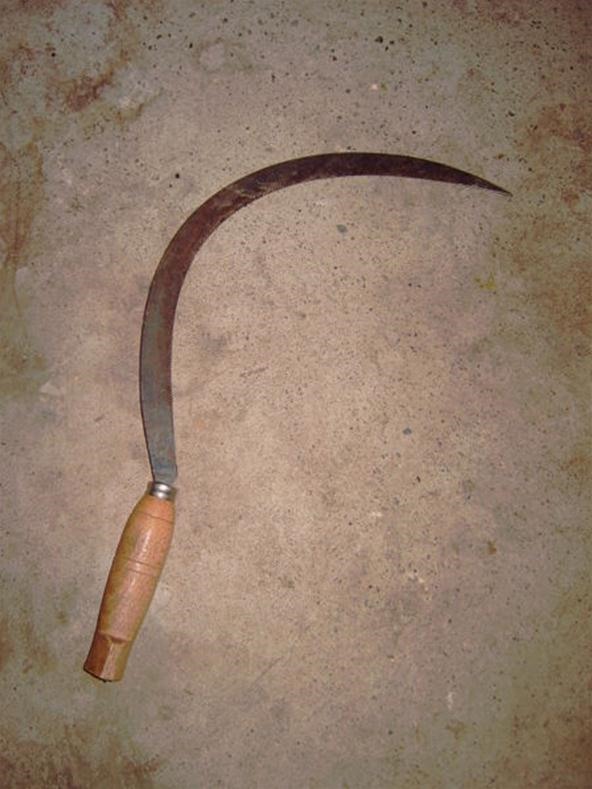