ISOPLETH  63 points (13 points without the bingo)

Definition: a type of isogram [n]

An isogram (or isoline) is a contour line on a map connecting points of equal value. In other words, it's a generic designation for lines indicating equality of some physical condition or quantity. This is the meaning in the Scrabble Dictionary, but an isogram is actually more commonly employed as a logological term in spelling to point out a word doesn't have any repeating letters (a really handy Scrabble word to know).

So, an isopleth is an isogram which has a variable that cannot be measured at any single point, but which must be calculated from data collected over an area, meaning it's a contour line or curve with a specified constant value for each variable. Isopleths are commonly used in census data to depict population density (by dividing a district's total population by the total surface area of the district).

In meteorology, that line connects points that have equal incidence of a specified meteorological feature, and is great for mapping surface elevations, amounts of precipitation, atmospheric pressure, and numerous other measurements that can be viewed statistically as a third dimension.

In thermodynamics, an isopleth is a phase diagram indicating the same mole fraction. 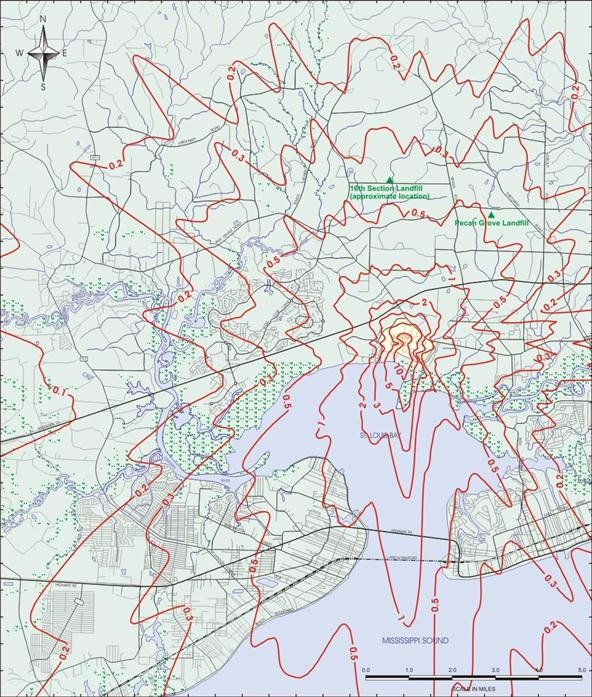 Isopleth map depicting annual average dioxin concentrations from 1992 in the vicinity of a Dupont
plant in Mississippi.
Photo by Stone Lions 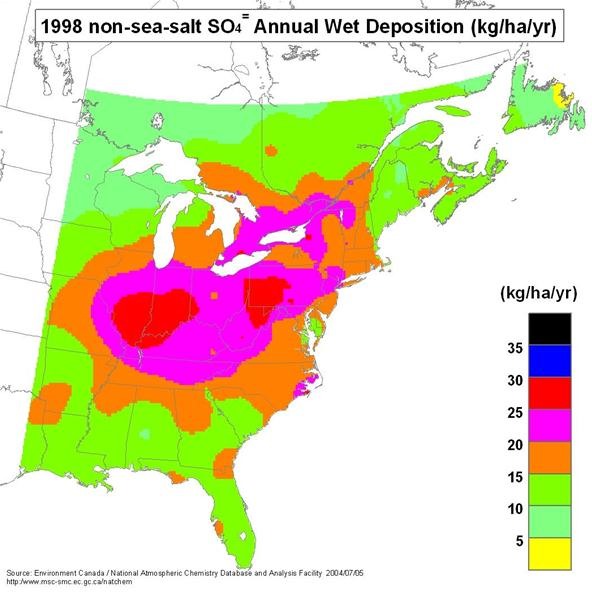