FEAZING  70 points (20 points without the bingo)

Definition: fazing; disturbing the composure of [present participle of feaze]

As mentioned, feazing is the present participle of feaze, which is a verb that means "to faze," which itself means "to disturb the composure of." In other words, to frighten or cause hesitation in someone. You've probably heard someone say "it doesn't faze him" or "she can't be fazed," which basically means that they can't be daunted or frightened. It's a pretty common word.

Despite how common the word faze actually is, it's commonly spelled incorrectly as phase, which means something entirely different, generally referring to stages. This frequent misuse of faze vs. phase is regarded as one of the topmost confusing homophones, worse than base vs. bass and just as hard as principle vs. principal. It's even tricked the best of authors, from literary greats such as Mark Twain, to obscure frontiersman like R.B. Townshend, to prominent news publications, namely the BBC and New York Times.

Faze comes from a variant of the 15th century Kentish dialect feeze, which in turn was from the Old English word fesian (or fesen), which meant "to drive away." Variations of faze can be spelled as feaze, feeze, and fease. And right now, there is no deverbal noun of faze, but...

There are a few alternate definitions for feaze (or feeze) from Collins, one being a verb meaning "to beat," the other being a noun for "a rush." But if you're a sailor, you may recognize feazing and feezing as nautical nouns for "the unraveled portion at the end of a rope," which are commonly used more often with an added S, as feazings or feezings, or as verbs for "untwisting or unraveling the end of a rope."

Bill Buckner, who had the infamous fielding error in the 1986 World Series that cost the Boston
Red Sox the championship, appeared in a recent Curb Your Enthusiasm episode, unfazed by the
hatred and ridicule of grudging Red Sox fans.
Photos by sportsgrindent, SportsGrid 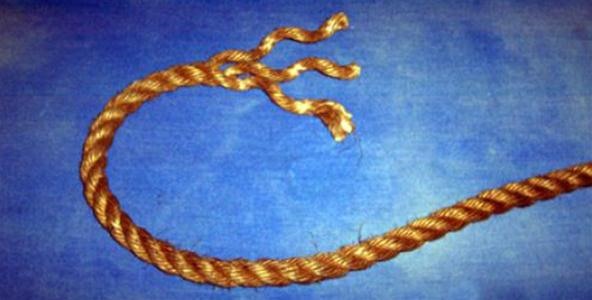