Halloween will be here in just over a week, which means next week these Scrabble Bingo of the Days will become more horrific. This week, there's just a few relevant Halloween seven-letter words for your Scrabble vocabulary, referencing witchcraft and one of the eeriest horror movies of all time, The Thing (not this year's version).

To add a new long bingo play to your Scrabble arsenal, check back daily in the Scrabble World, or get your fix on Facebook or Twitter. Also, don't forget to check out last week's roundup. Without further ado…

A "coxwain" is a person responsible for the navigation and steering of a boat, usually a racing boat. In rowing, they sit in the stern section of the vessel and have the duty of COXSWAINING, i.e. steering the boat and coordinating the power and rhythm of the rowers. In the picture below, the person on the far right COXSWAINS. Also—COX.

So, if a FOVEOLET is a FOVEOLA, what's a foveola? It's a small FOVEA. Okay… what's a fovea? It's a shallow anatomical depression, which is basically a small pit or cuplike indentation in a bone or bodily organ. Though it can appear in any bone or organ, it's most commonly used to indicate the central fovea of the human retina, located in the macula, which is a yellowish, cone photo receptor that's responsible for sharp vision. Also—FOVEOLE. 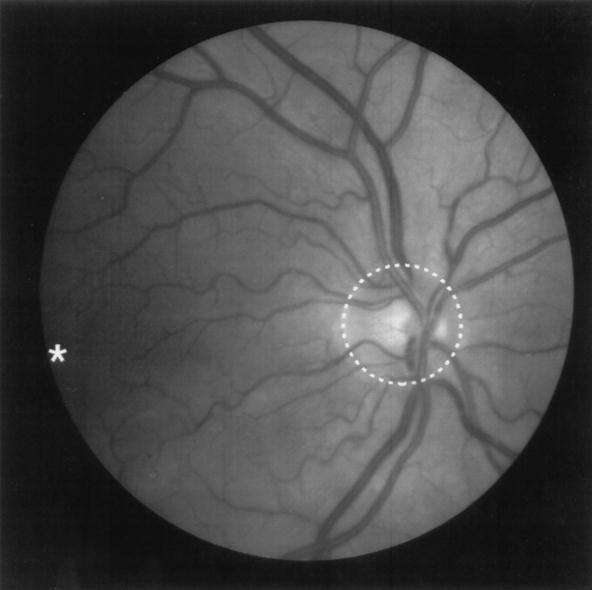 The above image shows the ophthalmological view of a normal retina including the fovea (asterisk) and the optic nerve head ("blind spot," delineated by the dashed white line).

HEXEREI is a word used in Pennsylvania Dutch dialects in lieu of WITCHCRAFT, usually related to black magic that's brought upon them and their farm as retaliation for some minor wrongdoing. A farmer who may have offended a neighbor in some way might think he was HEXED when his cow suddenly stops providing milk. Hexerei is usually blamed for bad luck to distract from guilt. Also, if somebody came down with PSITTACOSIS, hexerei was sometimes the culprit. Also—BEWITCHERY, BEWITCHMENT, SORCERY, WITCHERY, WITCHING.

It's also said that hex signs (above) found on the side of barns were used to ward off witchery, but not all Pennsylvania Dutch were so superstitious, and those hex signs are considered to be mere folk art decorations.

The PLASTRUM (or PLASTRON) is the ventral part of a turtle's shell, which is the almost flat part on the underside of a turtle or tortoise. It's one of the main two parts of the shell, the other being the CARAPACE, which is the upper portion. Both the plastrum and carapace are made of fused bones, the carapace consisting of the ribs and vertebrae (about 50 bones) and the plastrum made up of the clavicles (collar bones), bones between the clavicles, and portions of the ribs. 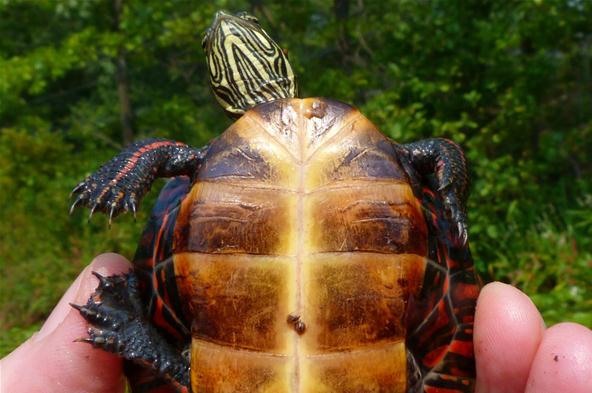 MIMESIS is just another term for MIMICRY in the world of zoology, but it's not just limited to the science of animals, it's used elsewhere as well. But no matter where you use the words, their definitions are the same—to IMITATE closely. Let's use my favorite horror movie as an example, The Thing, where an alien hides amongst the inhabitants of an Antarctic research station. The life form is able to imitate and reproduce whatever it absorbs, cell for cell—even humans.

UTILIDOR is a portmanteau word for "utility" and "corridor" used to describe a large enclosed and insulated conduit built either above or below the ground surface in arctic climates, like Alaska and parts of Canada. They contain utilities such as water supply lines, sewer lines, electrical cables, communications lines, etc. Disney theme parks are famous for their versions of underground utilidor systems in warm climates. 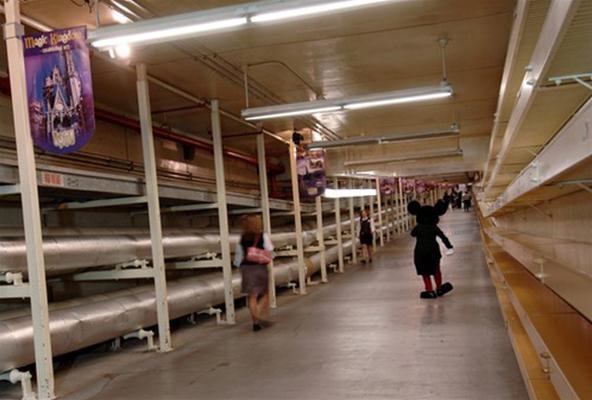