Ogilvy & Mather are no amateurs when it comes to Scrabble. They may not play the game, but they sure know how to promote it. The prestigious advertising and marketing agency has created several video commercials for Mattel, not to mention over 60 amazing print adverts that are funny, hip and sometimes salaciously naughty.

Their most popular work hails from their Paris division who ran The Beautiful Word campaign for Scrabble's 60th birthday in 2008. They created something special—something that injected new life into the tired image of the board game.

The campaign furnished six wonderful prints called Beast, Buddha, Condom, Hula, Nurse and Vampire, all of which visualized the interaction and excitement happening on the Scrabble board when words come together. Beautiful drawings depicted words connected together in crossword fashion, showing just what happens when a yodeler comes in contact with a mummy, or what bigfoot would do if you placed voodoo or mobile next to it.

Three animated commercials were also made that better illustrated the accidental mishmash of words on the playing board—Hula, Sumo and Yoga. If the imagery doesn't make a lasting impression on you, at least you won't be able to forget the music in the videos.

But one of the prints, Beast, won illustration and animation studio Am I Collective their first ever Grand Prix Award in the 2008 Loerie Awards. I'd say they definitely earned it. 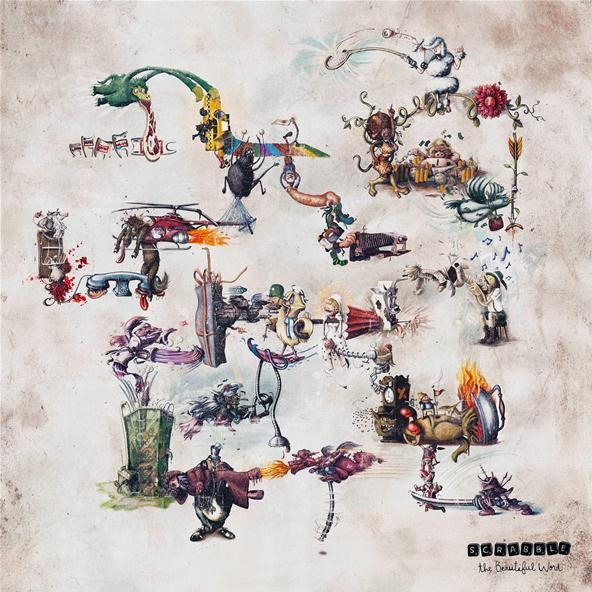 And they've got some closeups for us all to enjoy: 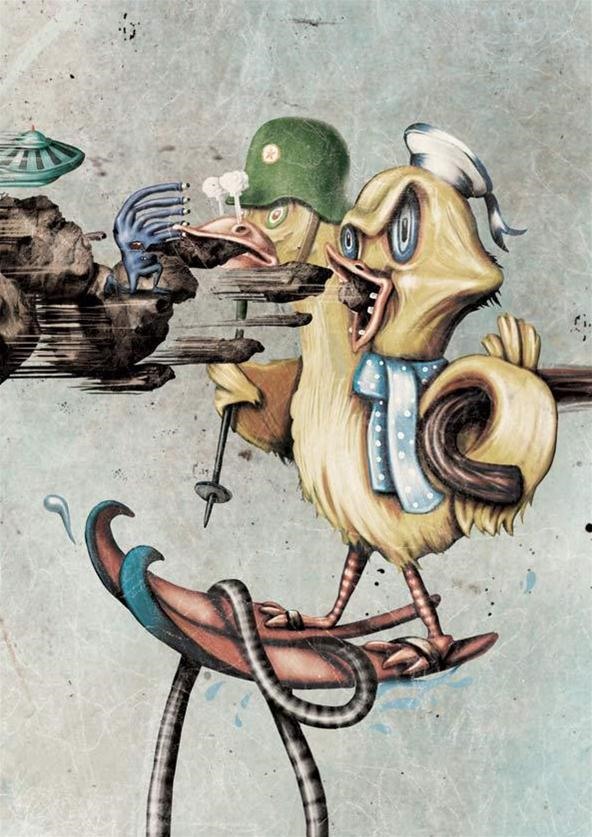 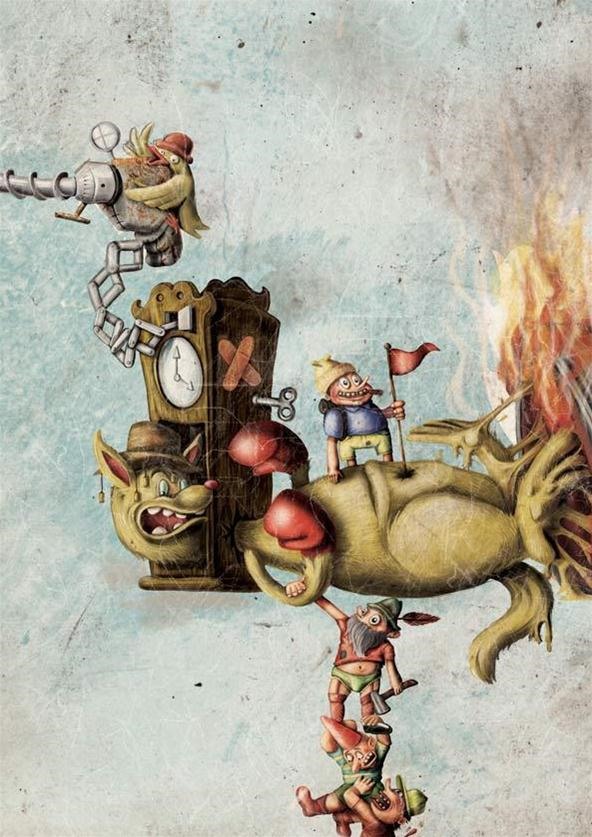 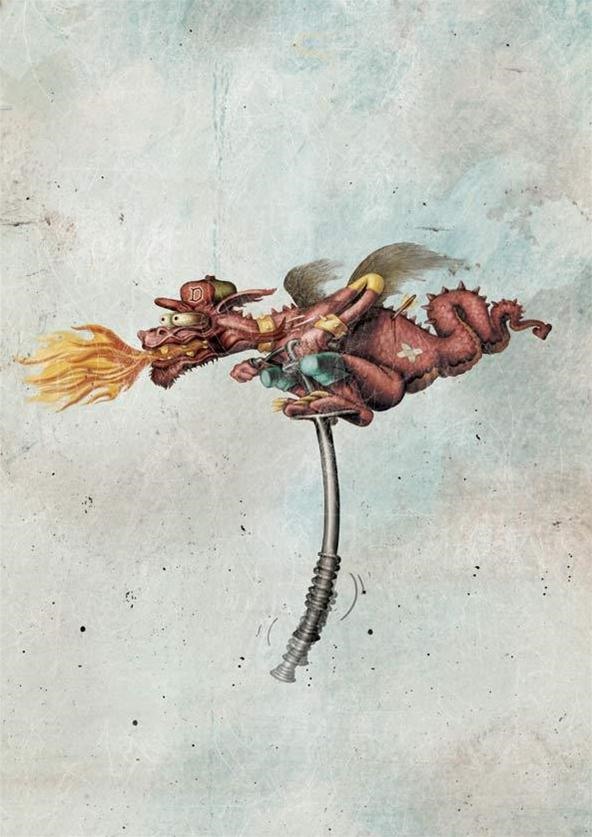 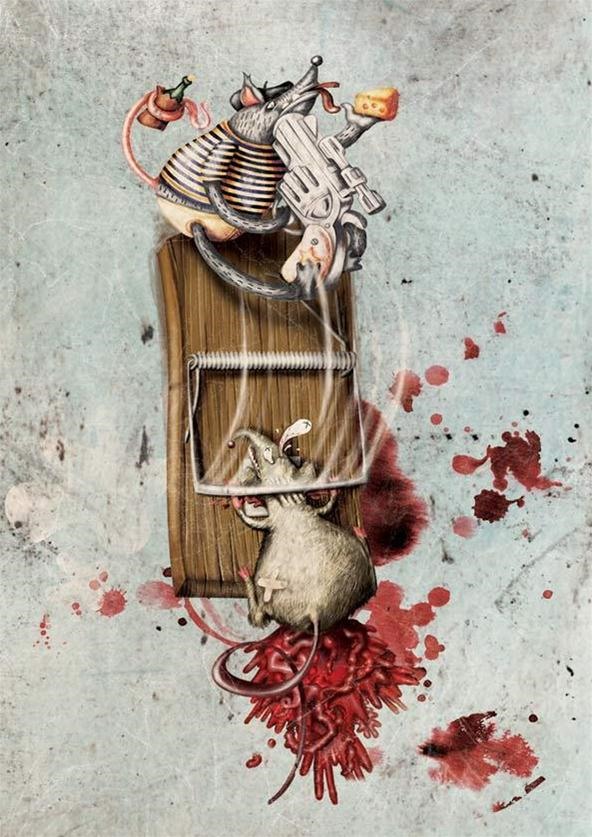 TRAP (though I would think more specifically, RATTRAP). 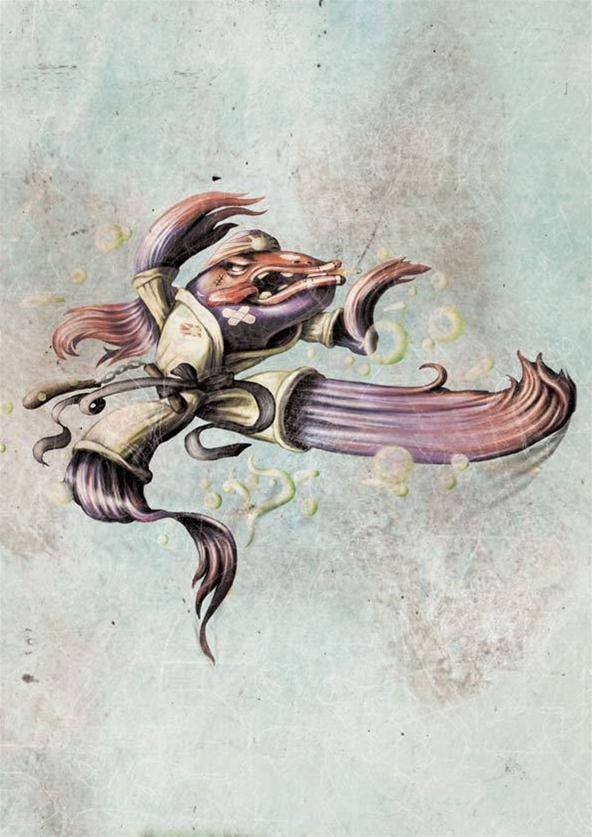 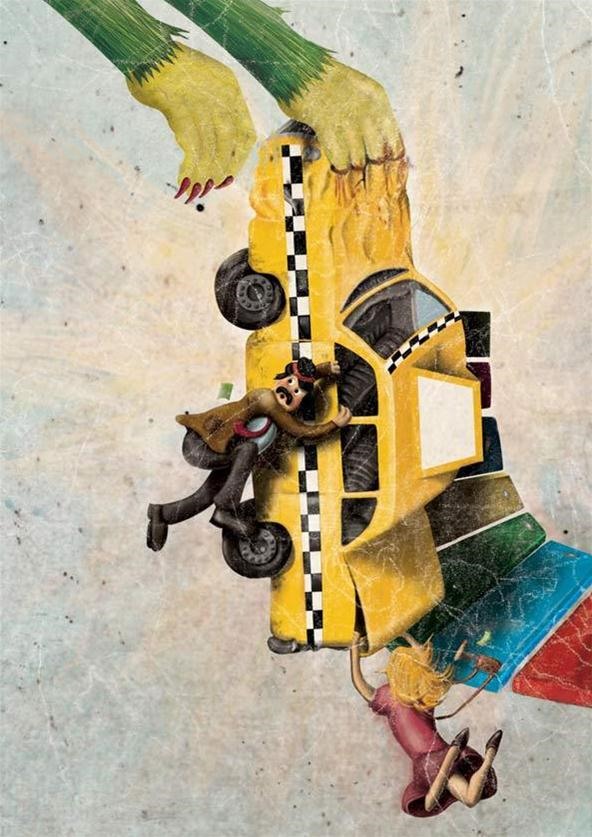 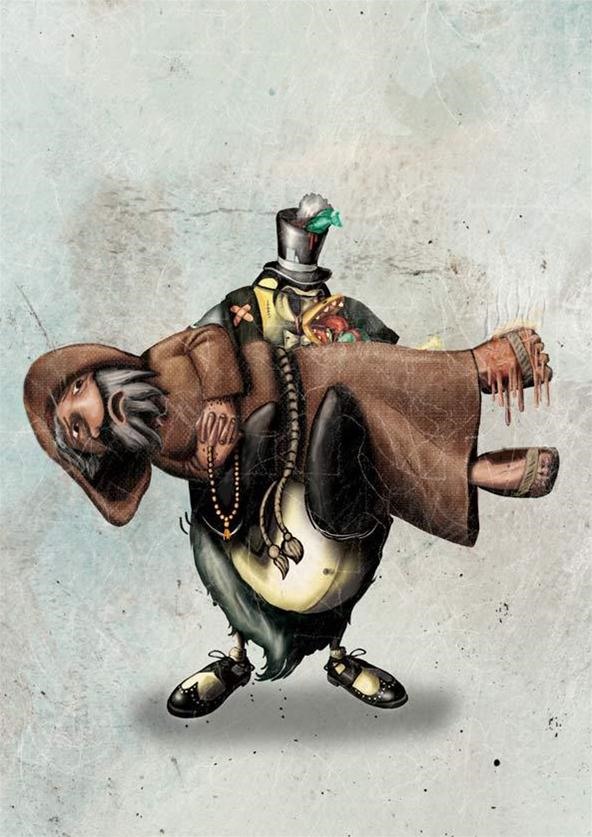 Now, what exactly do the rest of the images translate to on the Scrabble board? See the image below, but you might have to look hard to spell out the words… it's the best image I could find. 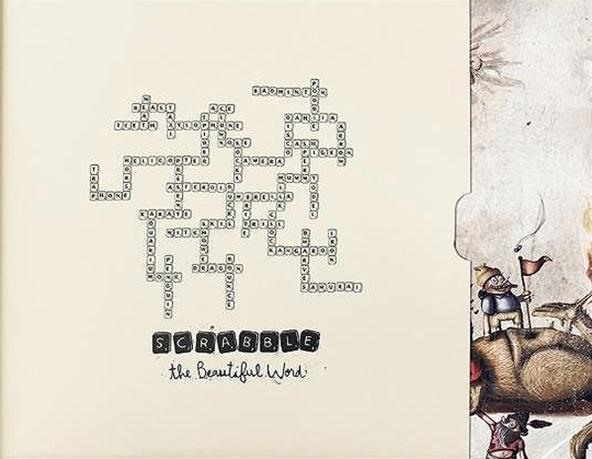 these are great! I wanna see closeup pics of the rest of them. They're really fun and kinda creepy.

Reminds me of the common comic book styles of the 60's. Man they must've been trippin on acid.