There's no better time than Halloween to have the BEJABERS scared out of you, and no better way than with a slasher flick or horror movie about HEXEREI. To some, Halloween is a time for candy, costumes and celebration. To film lovers, it's a time for shock, terror and of course—death. But while many Halloween-worthy horror films gross you out with disfigurement, dismemberment and disembowelment, some take it easy, perhaps with a murderous BURKITE.

A burkite (aka BURKER) is someone who murders a person or animal by SUFFOCATION, usually in a manner which leaves no or very few marks of violence. The term BURKING originates from the West Port murders in 1827 and 1828 by William Burke and William Hare. The two Irish serial killers murdered their 17 victims in Scotland by SUFFOCATING them to death. They would sit on the chests of their victims, placing one hand over the nose and mouth, while using the other hand to push the victim's jaw up. 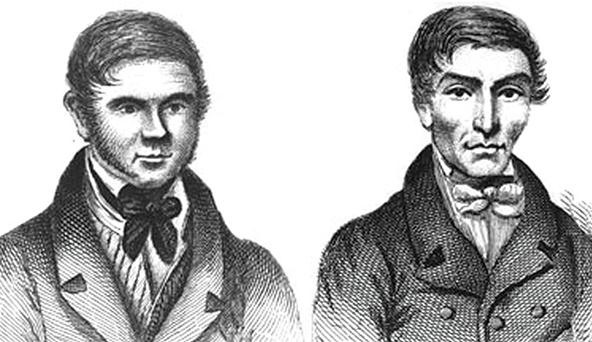 Hare received immunity for ratting on Burke, who was hanged in 1829 and publicly dissected at the Edinburgh Medical College, which is where he sold his bodies to. His skeleton, death mask, and objects made from his tanned skin are displayed at the college's museum. 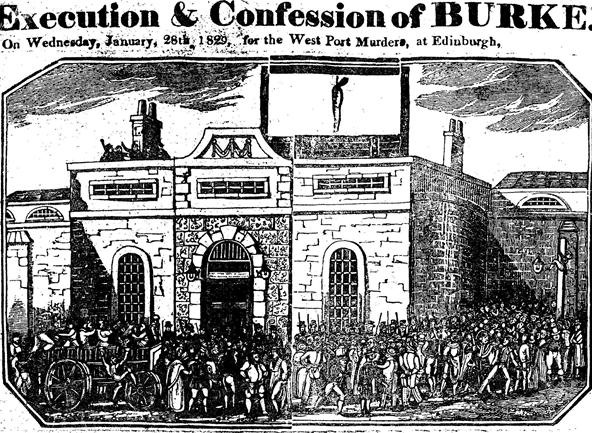 This method of killing left virtually no visible injuries on the corpses. Why did they do this? For money. They sold the corpses to a private anatomy lecturer who used them for his dissection classes. This was the basis of the film The Body Snatcher from 1945, starring Boris Karloff and Bela Lugosi. In the movie, a surgeon hires a cabman to dig up graves for fresh dissection-worthy corpses, but the body provider soon resorts to an easier method—murder.

There's also a horror film from '72 called Burke & Hare that focuses on the West Port murders, as well as one from '48 called Horror Maniacs and another from '60 called The Flesh and the Fiends with Peter Cushing and Donald Pleasence of Halloween fame. A comedy was made last year called Burke and Hare, which stars Simon Pegg of Shaun of the Dead fame.

BURKER  n pl.-S  one that burkes 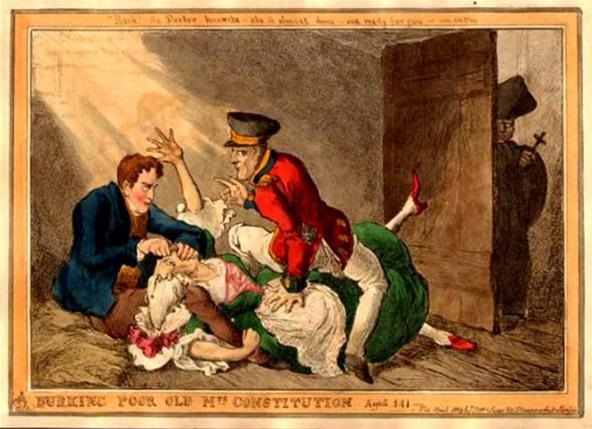 Above, a political cartoon from the 19th century referring to the "burking" of the Constitution. 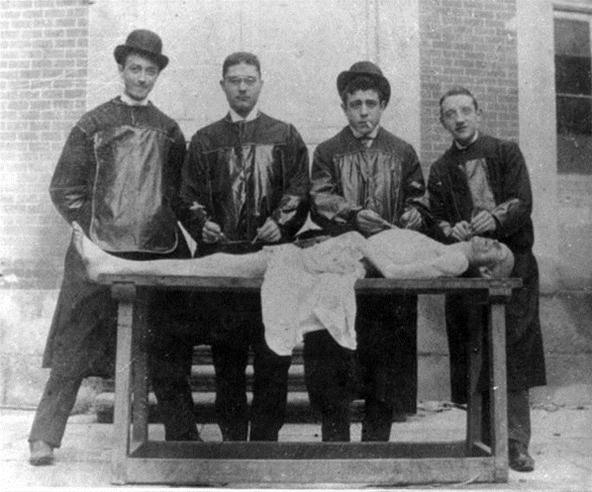 The above photo shows medical students with a fresh cadaver.