If you've checked out my SCRABBLE World, you may have read "How Controversy Changed SCRABBLE".  In that case, you know that the word JEW is not allowed in regular play, because it was deemed an offensive and obscene word.

But this coming July, it will no longer be banned from SCRABBLE play, because Mattel is changing the way we play SCRABBLE—forever.  Now, JEW will look something like this:

Since the invention of SCRABBLE by US architect Alfred Butts in 1948, the rules have pretty much stayed the same, with the exception of Judith Grad's push for censorship.  But now Mattel is changing the rules to encourage younger people to play, now allowing proper nouns on the board.

But don't worry America—at least not yet—there has been no official word as to whether Hasbro, who controls the game rights in the U.S., will release a similar version. 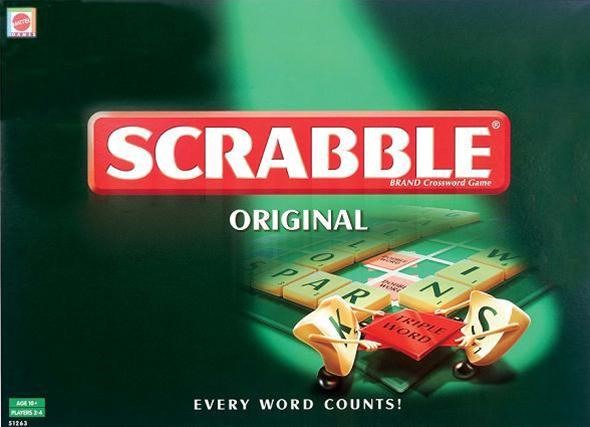 A Mattel spokesperson told the NY Daily News, "We are launching a new edition of Scrabble in the UK later this year which builds on the rules of the classic game to introduce a new dimension to the play format."

"One of the new twists being introduced does include an opportunity for players to play a proper noun."

But where does it stop, and who decides the rules of proper nouns?  Will such proper nouns as YouTube, iPhone, Jay-Z, and Beyoncé be allowed? 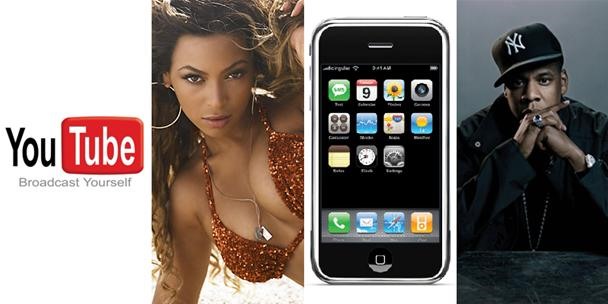 Another spokesperson told BBC News, "This is one of a number of twists and challenges included that we believe existing fans will enjoy and will also enable younger fans and families to get involved."

Mattel is considering allowing players to spell words upwards on the board, along with the possibility of words not having to stay connected.

But don't fret.  This does not mean an end to SCRABBLE as we know it.

"People who are already fans will enjoy the changes but we will still be selling a board with the original rules."

This new way of play is based off the youth pop culture of today, where it's all about what celebs are doing and not about what you are doing.  Today's youth is all about following trends and knowing who's hip, and being able to incorporate that into SCRABBLE to make more money is worth pissing of die-hard SCRABBLE players.

But these rules will never see the light of day in the National Scrabble Association (NSA), or any tournament or club play.  It would make the game undemanding and unchallenging, not to mention ridiculously ambiguous—with the endless amount of proper nouns available, which ones are allowed and which ones aren't?

I, for one, will NOT welcome this new SCRABBLE game.  It's like slapping Jesus in a commercial for Trojan Condoms—it's sacrilegious.

i have been waiting my whole life to lay down JUSTIN BIEBER for a triple word score.

hyperbole is my drug

Way to connect with a modern audience, now if only we could get these kids to play scrabble.

UPDATE: As stated, this is a new game, not a replacement for the original, but the new one will be called Trickster apparently and also could include cards. This is just one of the many Scrabble spin-offs Hasbro and Mattel are creating, which begs the question: should they? Are they stupefying Scrabble? Or just trying to attract more people that will hopefully play Scrabble the way it was meant to be? Or are they just trying to make more money (understandably)?