Whoa. Someone just got caught this weekend cheating at the 2012 National Scrabble Championship in Florida. He was holding on to some blank tiles, which dropped on the floor mid-game. How did this kid even think he'd get away with hiding blank tiles? Wouldn't it be a little suspicious once his opponent got a third blank tile from the bag?

It was the first time anyone has been caught cheating in the National Scrabble Championship, though that can't be said for club, regional, or world tournaments, unfortunately.

Read more about the cheater here... 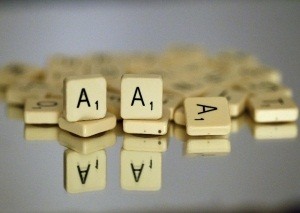 C-H-E-A-T-E-R? Organizers say that word spelled the fate of one of the top young Scrabble players in the country Tuesday. News, Sports, Weather, Traffic and Miami's Best

It’s Black Friday week on WonderHowTo! Don’t miss out on all of the big sales in the Gadget Hacks and Null Byte shops. And if you’ve been wanting to take some classes without going into debt, check out our best deals on online courses for a variety of skill sets. Don’t miss out on these huge discounts: