If you look up the word SAWBUCK in the SCRABBLE Dictionary, you'd see that it was a sawhorse, but there's another definition that we're all probably more familiar with:

So, 8,000 sawbucks equals $80,000, and that's exactly what Sonya Glover received for her lawsuit against the New York City Police Department. 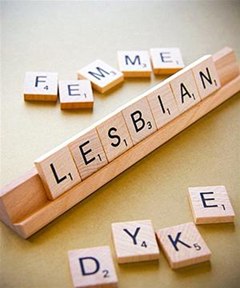 known as a LESBIAN and possible TRIBADE, both of which are legitimate words in a normal game of SCRABBLE.  If you were playing in a tournament game, you could play LEZ, LEZZY or DYKE, and it would be perfectly okay.  Offensive or not, these words set the tone for why Glover received an $80,000 settlement against the NYPD.

In February 2008, in a Queens apartment, Glover and a female friend were playing a friendly game of SCRABBLE, until things became hostile when the two disputed the rules (and some bad spelling across the board). 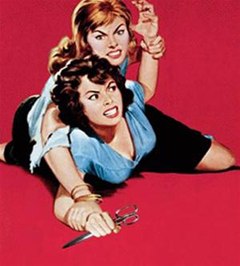 Hearing all the commotion, the friend's 14-year-old son called 911, according to the New York Daily News, and told the emergency operator "My mom's friend is beating her."

Responding cops from the 110th Precinct reported that the dispute "involved lesbians" and referred to the dispute as "some gay thing," according to court papers.

However the friend was not physically injured, and her and Glover were not romantically involved, therefore Glover was not arrested for the incident.

But it doesn't stop there.  Glover was brought up on charges within her department and was forced to attend eight weeks of domestic abuse counseling, because of an assumed sexual relationship with the friend.  This prompted a lawsuit by Glover, claiming that she was wrongly accused of attacking a female partner.

She also claimed a pattern of anti-gay harassment within the department, saying she was forced to clean the men's bathroom, a task normally performed by male officers, although she had been required to do this since 2005.  She also claimed that a sergeant mocked her voice as masculine.

Glover was found not guilty after a department trial and the final decision on her fate is waiting on Police Commissioner Raymond Kelly's desk. 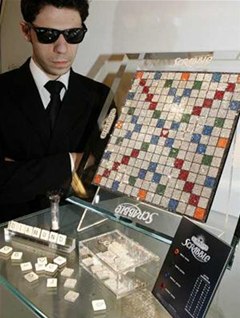 But despite where her career might lead, she is still $80,000 richer, thanks to a settlement this month, and with $80,000, she could buy four of those diamond-encrusted SCRABBLE boards.

"Although Officer Glover is content with the outcome, she is saddened that the department continues to reject diversity in the ranks to the detriment of the citizens it serves," Sanders said. A spokeswoman for the city Law Department said the case was settled in the best interest of all parties.

Now, if everyone was allowed to play the words LEZ, LEZZY and DYKE, this might never of happened.