A cabresta (also cabestro or cabresto) is simply a lasso, a rope formed with a running noose that's used on ranches and Western plains for catching horse and cattle. Cabresta comes from the Spanish word halter, which refers to the headgear used for leading or tying up livestock and other animals. But halter also used to mean to hang someone by roped noose, which could be how it became popular as a term for a noosed lasso. 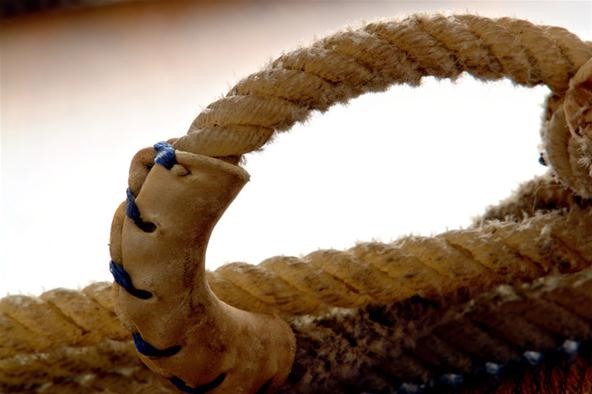 Cabrestas were usually made of animal hair, mostly horsehair, which was prone to breakage and unraveling from dragging on the ground. Stronger lassos like the lariat and riata are preferred, once made of braided or twisted horsehide or rawhide, now mainly made of hemp rope.

* Only acceptable in Scrabble play outside of North America.