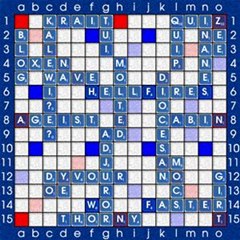 DYVOUR n pl. -S one who is bankrupt

Nigel Richards played this word in his very first game in the 2010 National SCRABBLE Championship (NSC) held in Texas, which ended today.  Richards won that first game against Lucas Freeman with a 462 to 392 score, but "DYVOUR" was no forewarning for Richards — not at all.

The native New Zealander currently living in Kuala Lumpur, Malaysia, spelled his way to victory, clinching the $10,000 first place prize, finishing 25-6 with a +2213 spread.  Richards outplayed over 400 Scrabblers aged from aged 12 to 92, from 42 states and 4 countries.  Specifically, he beat 115 players in his division (Division 1). 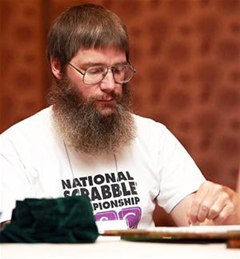 This is Richards' second time winning the National SCRABBLE Championship.  He won the 2008 NSC 22-6, with a +1340 spread, for a prize of $25,000.  He defeated Brian Cappelletto for first place by winning his last three games.

This year, Cappalletto took second place again, finishing 21-10 with a +1231 spread.  Richards will now try to win the upcoming 2010 World Players Championship (WPC) for a prize of $3,000, which starts this Friday in the same venue.  Both Richards and Cappalletto have been crowned victor of the WPC in the past (Richards in 2007, Cappalletto in 2001), but there's no word as to whether Cappalletto is competing this year. 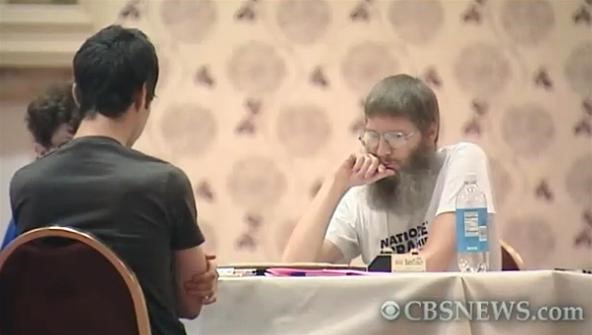 Third place in the NSC this year was Laurie Cohen, 43, finishing 21-10 with a +172 spread.  This was the second highest finish by a woman in the 30-year history of the event.

Check out the video footage from CBS News at the 2010 NSC.

Also, there was one interesting match this year pitting a father and son against each other.  Tristan Vanech, 14, and his father, Bob Vanech of Venice, California, said their rankings led to a father-son match Sunday on the second day of the tournament.

"There was a genuine parenting moment where I thought, 'I can't beat him,'" Bob Vanech said. "But then I also didn't want my score lowered by losing." 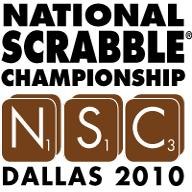 Tristan eventually lost to his father, who played "DEFEATED" as his final word.  "Maybe I got too cocky," Tristan said.