Mugshots aren't just for criminals anymore. In the world of competitive Scrabble, no one's safe from the lens of photojournalist Roger Cullman. For the last couple years, Cullman has been hitting up the Scrabble circuit with hopes of immortalizing some of the world's best Scrabble players in headshot pictures of them holding racks with their surnames spelled out in Scrabble tiles.

It's simple, yet ingenious, but not without hindrance. 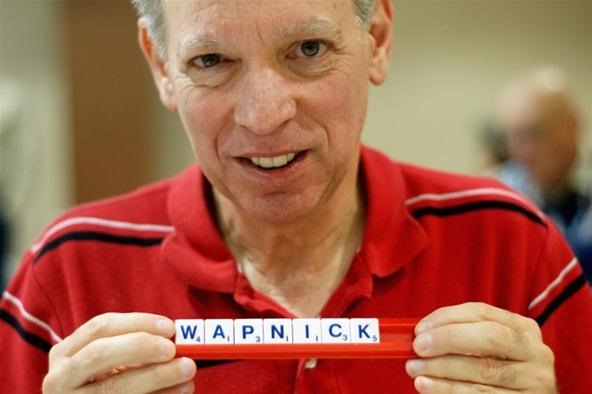 Cullman states on his website, "The trickiest part was getting some of them to pose during a tournament, when there's often little time between games."

He started his Scrabble Portraits project at the Michael Wise Memorial Tournament back in 2009 and continued the series in this year's Toronto International SCRABBLE Open and Human vs. Computer Showdown. 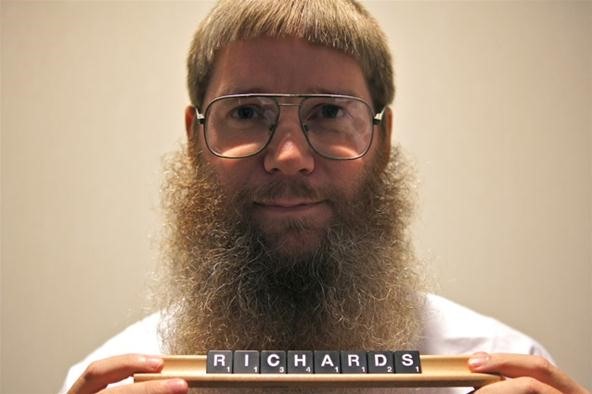 Make sure to check out all of Cullman's photographs at his website, which includes portraits of Scrabble pros Adam Logan, Jackson Smylie, Jeremy Hildebrand, Maxim Panitch, David Boys and more.

I love that beard!

Oh he does, from the episode where Alan and Jake are shown 25yrs into the future working at a movie theater snack counter.

Thats such a good idea!