Alec Baldwin loves word games? Enough to get kicked off an airplane? Apparently.

Yesterday, while sitting in first class on his American Airlines flight back to New York from LAX, a flight attendant "reamed" him off the plane for playing the popular Scrabble clone, Words with Friends, and not turning off his phone and obeying signs requiring seat beats. Apparently, the aircraft was still at the gate and unmoving. His tweet:

"Flight attendant on American reamed me out 4 playing WORDS W FRIENDS while we sat at the gate, not moving #nowonderamericaairisbankrupt #theresalwaysunited"

TMZ reports that it wasn't actually the iPhone app that got Alec kicked off the plane, but his well-known temper. Frustrated, Alec got up from his seat to visit the lavatory and slammed the door so loud that the captain reacted by removing him from the plane. 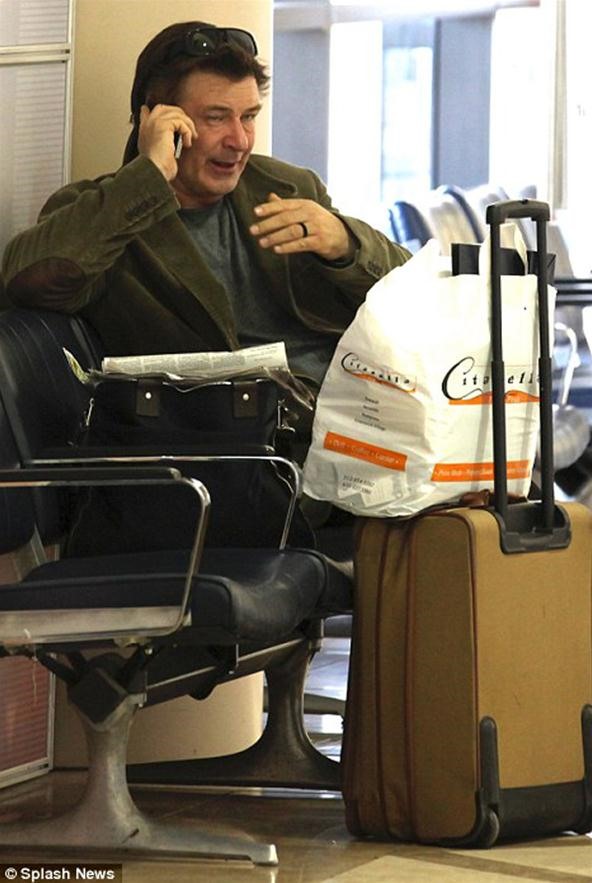 Above: Alec Baldwin in LAX after the incident.

He eventually got a later flight with American Airlines, but tweeted: 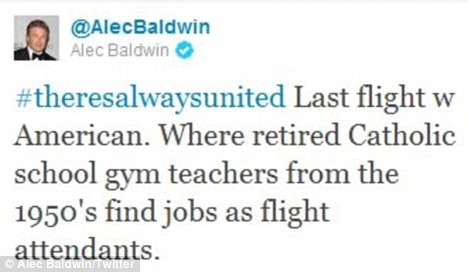 He even went as far as to say that #theresalwaysunited is his new Words with Friends username.

After a few more angry tweets and a day to think about it, Alec hit the self-destruct button on his Twitter account @AlecBaldwin, calling for all of his 600,000 followers to unfollow him en masse in hopes of crashing his account. The account is now deactivated.

Though his account is deactivated, the 30 Rock actor sent out one last tweet saying "starting fresh". We shall see.

Just goes to show how addicting mobile word games are. Zynga seems to have gotten some good attention because of Baldwin, shouting "Let Alec Play".

Alec Baldwin appeared on Saturday Night Live as the captain of the American Airlines plane last night, Steve Rogers, who kicked Baldwin off for refusing to turn off his mobile phone. Baldwin wore a pilot's uniform and donned a mustache, speaking with a Southern accent, as he apologized to himself for kicking him off the plane. He continued to call himself an "American Treasure" and called Words with Friends a "word game for smart people". Watch the full spoof:

ha, words with friends? alec baldwin is awesome (despite his anger problems... well, i guess awesome from afar)

Yeah, I never pegged him for a WWF player, but I wouldn't want to sit next to him on a plane.