He may be the oldest person to have invented an app for Apple devices, but 84-year-old George Weiss didn't originally intend on marketing his Dabble word game to the mobile crowd. He first came up Dabble back in 1958 when he was just 31. "A lot has changed since 1958, but people still love a good game," said Weiss on his introduction into the iTunes App Store last month.

Even though he came up with Dabble over 50 years ago, the idea didn't publicly materialize until earlier this year, when Ideas Never Implemented (INI) picked up the physical board game version and sold it online and in Barnes & Noble bookstores. Soon after, developers from Flashy Substance and Itch used Corona SDK from Ansca Mobile to create the application for iOS devices, Dabble – The Fast Thinking Word Game, which goes for the modest price of $0.99. 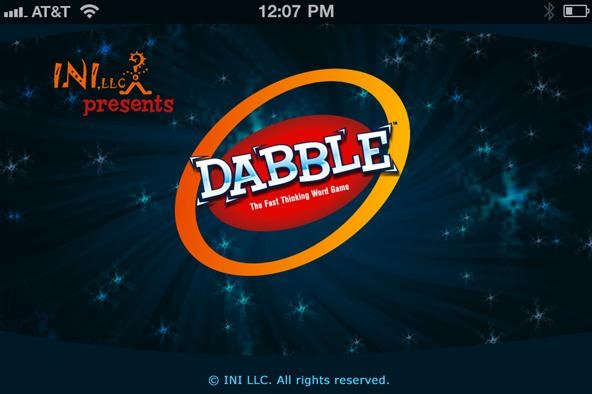 Despite being idealized by a man over eight decades old, the game is for anyone and everyone who loves a challenge—and can spell. It's the perfect substitute for Scrabble and Words with Friends, but requires a different approach to play. 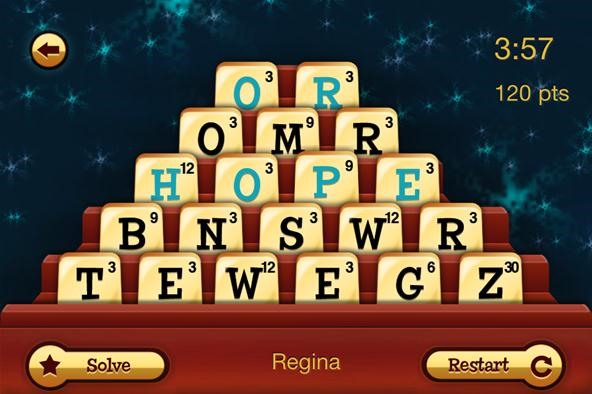 There are 20 letters stacked into a pyramid shape, and you have to rearrange the letter tiles as fast as possible to spell out five different-sized words on each rung of the pyramid, from 2 to 6 letters long. You have five minutes to do it in, and when you spell out a legit word, the letters will turn blue. But that doesn't mean they're set in solid; you can still rearrange them to work with the rest of the words in the pyramid. Once all five legit words are placed correctly, you win. You can only lose if you're not fast enough to beat the five-minute time limit.

INI plans to expand the Dabble board game into a Dabble Jr. and a Super Dabble (kind of like Scrabble Jr. and Super Scrabble), and future digital games of Dabble will be ported onto Android devices and Facebook. Hopefully, that time will come soon, because this is pretty addictive. It may not be Scrabble, but it sure helps with your speed and makes visualizing words from large groups of letters easier. My only peeve is that the game should go up to 7-letter word, so you can help develop your bingo skills in Scrabble.

Right now, you can pick up the Dabble app for iPad, iPhone and iPod touch for $0.99.